“The personal works of digital art are the result of an experimentation <<laboratory>> of new technologies, of expression of sensibility and plastic concepts accumulated over time based on the experience as a glass sculptor, but also graphic and web designer. The works are a figurative expression of the “vital force” (..). Each form inserted in compositions, character or graphic elements bears a personal touch, represents a sign, beyond image. The circle, the square, the triangle, positioning of the character in these forms provide the symbolic nature of the works. The characters, by their attitudes show a certain dynamic, a condition loaded with vitality, energy in latent or unleashed state.” – Adrian Grecu, Tribuna, no. 305 \2015 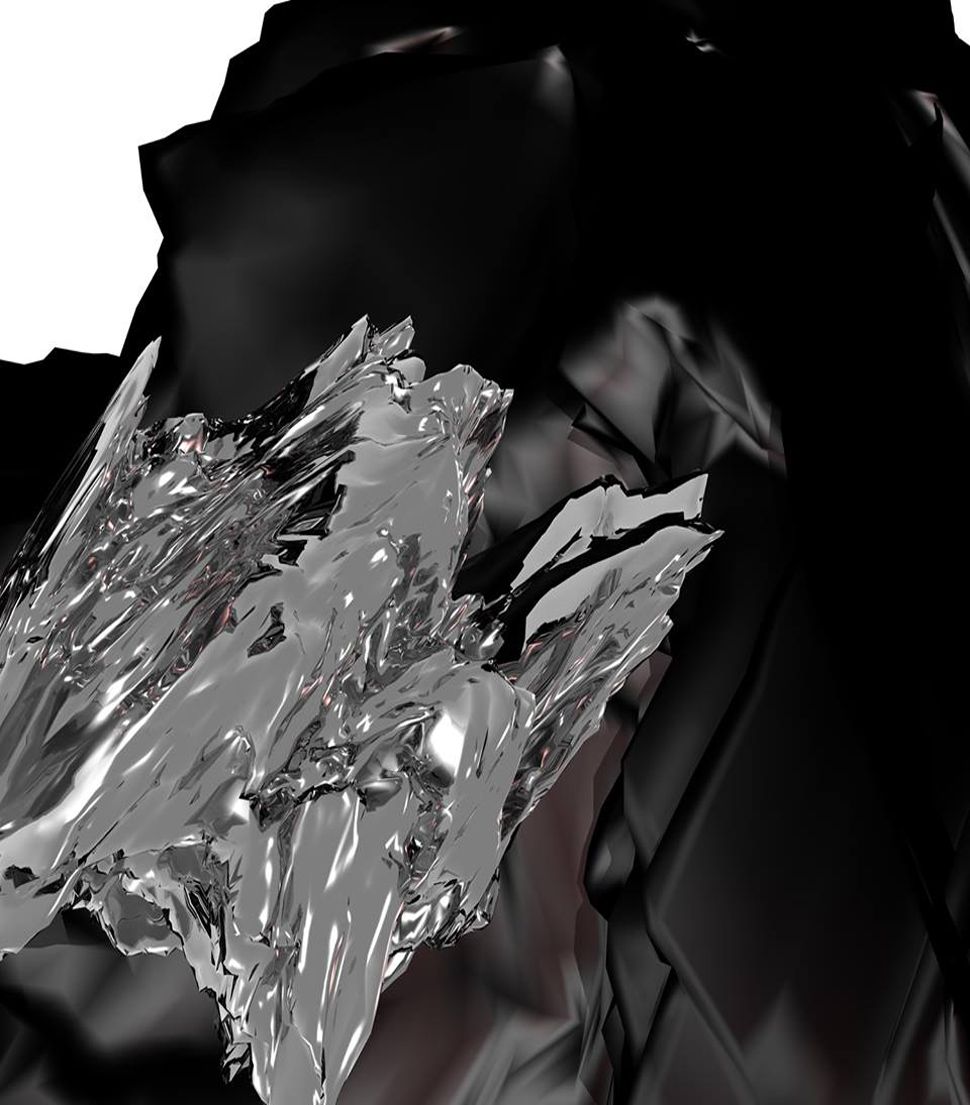 Adrian Grecu and the Beauty of Regularity
by Livia Stoenescu, “Romania Libera”, 7 February 1998

“The essential fact of his sculpture, the starting and return point of the effluvia of the imagination is the formal expression he chose. The register of Adrian Grecu, formed of regular geometric figures: mainly triangle, cube, pyramid, etc, the simplest and most indubitable examples of beauty. Their harmonization in quite elaborate constructions sometimes generates a special type of beauty of this artist’s plastics, the beauty of regularity. Using elementary forms, with embodiments of ideas, the art of Adrian Grecu also acquires a strong conceptual charge: it is not liked any longer by attracting through the free play of imagination, but covibrating with the welfare and moral ideas of the collective intellect.

With a formal register of such depth, Adrian Grecu stopped on the glass, choosing it as material for his modelling work. (..) The appeal to this type of modelling, extremely expressive and intense impressed the fragility and transparency of glass that force, that depth which decorativism could not develop. (..) Another substance element is the enlightenment effect, the role of light as sculptural element. Adrian Grecu sometimes uses flexible neon tubes to complete the special configuration of some works (..) The neon waving band comes only as distinct unit, to complete the transparency effect of glass, joining its artificial light to the natural brightness of the material. Two worlds overlap, that of the effects searched for and of the natural, both serving a purely formal register, of the conceptual units. Adrian Grecu won the battle with a material, imposing it in a different manner in the modern sculpture.”

“Possible projects for Cluj” Exhibition
Meditations on Cultural Civicism
by Livius George Ilea
Tribuna, no.161. 16-31 May 2009

“The need of reinsertion in the European cultural present, of humanization of the real by appealing to human physical dimensions, the need of redefining the cultural profile specific for the spirit of the place – are just a few of the major stakes targeted by the artist in his trenchant endeavour. The matters, the means and the aesthetic canons are those of the Late Modern; steel, glass, guided artificial light are assembled according to the new technologies in ambient compositions generally oriented towards abstraction and decanted symbol. The proportions are in agreement with those of the human being, the socle is lacking, facilitating the “direct communication”, the approach of the passer- by to the aesthetic de-tabooed object, thus, on the level of tactile perception. The plastic image tends to be interactive, including in its “genetic program” the dynamics of the reflection of ambient elements and the chromatic changes caused by the day/night lighting mode.”

The Imperative of Glass
by Livius George Ilea

“From this ambivalence of reflexion and refraction, of sharp angles and perfectly polished plans, of horizontals and verticals, of axial systems and from the tubular wave of the neons surrounding them, from the natural and artificial light, from the kinetic illusion generated by the relation with the fixed spot, Adrian Grecu configures his poems in glass. With a romanticism cleared of the epic’s accidents, with the chastity of some geometrical figures that lack rhetoric, the artist sets up real “assault works” pointed against a hostile world, employing well mastered forces and energy impulses.

Asymmetries and rhythm disruptions are harmonized in centres of gravity that oscillate according to the game of light. These spiritual realities, thought in abstract condition open a deceptive dialogue with a space that must be defeated, tamed with the illusion of permeability suggested by the translucence, embezzled by refractions that mislead, in the colourful environment by the change of proportions to give these ascending metaphors the chance to establish their ideational route.”